Time to Look into Myself 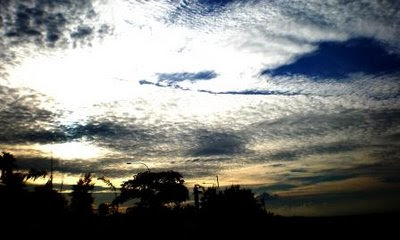 Which part of it that I am a real Malay (read: orang Melayu)?

It's now the time to look into myself back. I am sure that my parents will be hurt if they know that there's a part of me hate to be inheriting this blood.

But that might be changed. Give me time to go through this introspection.

Read this blog (http://graduanmelayumuda.blogspot.com).
Email ThisBlogThis!Share to TwitterShare to FacebookShare to Pinterest
Posted by Unknown at Friday, November 07, 2008

Well, you didn't specify why you "hate" the blood and reading the blog that you provided doesn't tell much, bcoz you didn't indicate whether you like what's written there, its writers or whether you are against what they write, its writers and their thinking capacity and outlook. So, be forthcoming and tell us more specifically about why the "hate" and concerning the blog or which post of the blog (etc). Anyway, no need to hate the blood. It is a matter of explaining your position and stating clearly what's wrong with those who make you hate the Malay blood.


That said, a person like me, a Malay, totally laughs at the writers of the blog you have given. They are a buch of immoral, Munglish muttering, jobless hordes who have a constricted understanding of life and an upside down mentality that thrives in feudalism, tribal chattering, fear mongering, defeatist culture, hatred spreading, slandering fellow Muslims, Ameno...oops, Umno type Utusan Munafik consuming elements who have no higher purpose in life. They can only generate low class input and can only afford apart to sit there, blaming others, concocting cheap lies against the opponents of Ameno, creating conspiracies for themselves, shackling their brains, darkening their hearts and engaging in a defeatist mantra that's meant for brain damaged buffoons who can't match others and have a higher purpose in life. So, tell us more and in detail insya'Allah.

wow! great inputs and not to mention, great English you got there bro!

thanks for the advice and i'll consider to write or not to write more details about the concerning topic.

sometimes i had to, but give me time to reevaluate that action of mine. :D

To me the term "melayu" , "chinese", "indian" or other kind or races are ain't important. It concerned all about how you bring yourself. If you yourself have the value and virtues of western, people will automatically look at you as a western way of life. (except for people who have this penyakit "dengki" and said "melayu terbabas or melayu sesat"). Thus, the appearance of our races are the only first step in a relationship. Beyond that, it's all about our way of life. About cultures, i think nowadays people don't really care bout cultures. if people care, the elder will be respected, people would live in a happier life, bur that's all a total bullshit.

"we're are living in todays world" - what people say. So, the point is, forget about people's impression in this case and find the inner self of you. Wake the sleeping giant.

thanks for the advice :D

our dear lecturer loves to say,

because he doesn't like some of the attitudes inherited to Malay community. Me too. :D

we share same point here. "we" refers to the three of us. ngeee :D kem salam world kat lecturer as tu eh :D

the lecturer is our DDAA :D

becoz ade one student earlier ask him,
"Are you from Burma?"

sebab beliau sebut
"Im not Malay"
and never speak Malay, yet, during that time. ;)