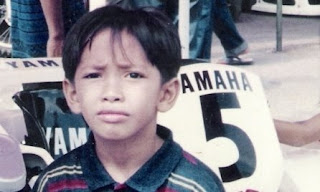 STBB is a new disease discovered by a scientist-to-be student from IIUM whom classifies the disease as contiguous yet probably endemic. It involves varieties of signs and symptoms and they may vary from one patient to another. Among others, it may cause reddened face, acute heartache, burnt ears and their internal parts, hypertension and high blood temperature (but not up to feverish point). Besides that, to certain people with disordered psychological conditions, the signs and symptoms are completely different. Among others, they are hyperhydrated gum, dislocated jaw bones, and to a greater extent; temporary loss of memory, uncoordinated physical movements and loss of body balance. In rare cases, no signs or symptoms claimed.

Psychologically, the disease could be treated with, most likely for the first cases of signs and symptoms mentioned above, a word consisting of five letters sounded “sow-ree” that would be highly effective. In other cases, treatment would not be necessary due to absolute undetectable signs nor symptoms. Due to its varying signs and symptoms, it is highly recommended for the people who are susceptible to the disease to always think positively and live life happily without too much concern about what people say and to take jokes as jokes, not as something insulting.

This new disease is yet to be approved by the Malaysian Ministry of Health and to be patterned under the name “Statement Tak Boleh Blaaa” disease or simply scientifically written as “STBB”. This name is adopted from the etiology of the disease that is obviously not caused by any pathogenic microorganisms or cancerous chemical agents, but from sharp aching spreading vibration of sound wave produced by the vocal cord from people other than the patient’s. The method of transmission is mainly through the air as it serves as the main medium for sound wave transmission. This disease can be prevented by many preventive measures such as shutting the ears with patience shield, appreciating people’s thought as inspirational and many more.

For study case, this is one example to be observed:

Case: The patient was to visit and check the subordinates in the location mentioned above. Upon meeting he was terrified by the statement bombarded by the committees who suddenly asked “Mana Kak Yam?” When the committees were asked by the patient the source from which that they knew about the rumor, they answered, “Ala... sapa yang tak tahu kan~”. Then, a unique symptom for the patient immediately appeared: reddened face. Instantaneously and fortunately, the patient knew how to deal with it by changing the topic to something else, hoping the conversation would not drag them into more complicated yet secret matters to be discussed. No treatment or drug was prescribed as the sign showed uncritical condition.
Email ThisBlogThis!Share to TwitterShare to FacebookShare to Pinterest
Posted by Unknown at Wednesday, August 20, 2008

hik hik.. thanks for the compliments. yey!

woa! tot it's a serious disease. rasenye cam ketinggalan jer coz not knowing the disease but then... CET!

nope. ur english is so good that i fall in love with ur writing. keep up the good work!

1st impression !... I thought that the boy in the picture really the victim of this disease.huhu.