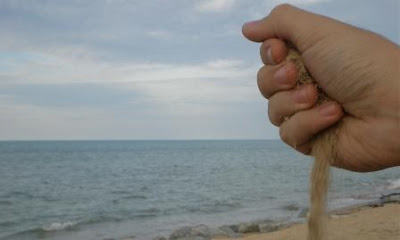 Ini tangan Izzudin.
This is just a quick update about the AGM. I shouldn’t say much because most of my predictions strike right to the targets.

Izzuddin won the President seat by 79% of the votes, which is close to my prediction (80%) due to the absence of the other strong competitor who pulled out from the nomination. Congratulations also to Izzuddin’s close friend since matric center, Ahmad Mustakim for winning the Vice President I seat. I know these 2 guys can make it to sail the ship named SCIENCESS to the right direction. Together with them in the Presidential seats is Siti Fatimah, an unexpected (should I say) candidate for the seat because before this people have been talking about the other candidate to win the seat. But the members of SCIENCESS have made their mind and Fatimah won with a huge majority!

Move on to the Secretarial seat, as expected, Jazli the tiny guy won the seat while Siti Farah will be his assistant. Not much to talk about but I think now Jazli has to work with his Bahasa. Haha! Good for you, bro! Train your Melayu gene. =P

In the treasurer seat, my favorite was not even shortlisted. Huhu... But congratulations to Farhana, the previous Assistant Head Comm of Islamic Affair Bureau who won the seat as the Treasurer while Izzamudin, my subcomm when I was the Head Comm of Information and Communication Bureau will be Farhana’s assistant. Congratulations. Dalam SCIENCESS keje Treasurer la paling senang ko tau tak!! =p

About other Exco from departments, since I don’t have the full name list, I guess I don’t want to write more about them. However roughly, I can see they are people who we can put trust on to shape SCIENCESS better than my tenure. I will have one semester to see how they work and I am looking forward to seeing a better society.

*Pssst... I think I know who’ll be competing for the next President after Izzuddin. They are housemates! Haha...
Email ThisBlogThis!Share to TwitterShare to FacebookShare to Pinterest
Posted by Unknown at Tuesday, September 23, 2008

yes, i know the housemates~!

housemate? so it's the J and D kan?

yes he is! muahaha~