AGM of SCIENCESS - The Nomination 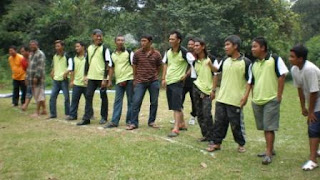 Nomination for SCIENCESS Exco members for 2008/2009 tenure is now on!


5 points above are purposely written to disclaim anything that may be brought up should anyone is not satisfied or does not agree with the contents of this blog entry.

In Malaysian General Election, it's a common thing to show your support towards whoever you like, isn't it? And of course, you like someone to hold a post based on your own views and faith you have on him/her. Taking that into analogy, I name these people because I believe they would bring SCIENCESS towards glory should they win any sits in SCIENCESS 2008/2009.

So here are my opinions:

In the next stage towards the AGM, the nominees will be shortlisted. Should any of the names above are selected, I will explain my justifications for choosing them.

See some faces here.
Email ThisBlogThis!Share to TwitterShare to FacebookShare to Pinterest
Posted by Unknown at Monday, September 08, 2008

thanks for the correction about nabil's name. corrected! :D

yup, agree about Tak semestinyer org penah ex wat kejer bagus but they have the experience rather than those who are zero about organizing society. would you expect a kid to organize a talent show? nope aite? so that's the point.

about dr jesni, to me i have no problem with his idea since the main objective of studying in university is to study, not to get involve in societal activities. if we are good enough in academic and we can balance out between academic and c0-cu, that's fine then...

but if you still don't agree, see him. he's an open minded guy. he's a nice person.