I used to reading stories about one inviting his friends to his hometown during fruit season when I was a child. But I had never actually experienced what I read, until last weekend.

It was Jay’s house, situated at Jengka, Pahang where Awi, Safwan, Zubir and I spent the 3-day-2-night. What we did was nothing but eating, sleeping, going out and sleeping again. Haha... maybe the cold environment of the remote village induced us to sleep more than required.

But hours before we departed from Jay’s house back to Kuantan, we spent some time at Jay’s backyard to look for fruits like mangos teen, rambutan, durian and buah salak for friends there in the campus. Not much we got, but the experience of going through bushes and small trail really made me feel like home. It felt like I am no one but budak kampong who has trees and mosquitoes as his best friends. Haha... but time has passed that separates me from such things. I used to following nenek to the backyard during my childhood till that I accidentally chopped my own right leg with a sharp parang, leaving a big scar.

Ok. That’s all about that. I think the trip should be more fun if friends from Gombak could join, but since they had something else to do, so... :(

Apart from that, I’ve been invited by Angklung Club to join them for the performance in Bandung next early September. I’ve confirmed my participation, so do Awi and Safwan thus I’m looking forward for that. So now I have to arrange my schedule carefully because we might need to go to Gombak frequently for trainings every weekend. The distance between Kuantan and Gombak is already a problem, but what makes it worse is my academic schedule. I have class every 2 weeks on Saturday starting from this weekend, 28th of July. So Angklung Club, please take note ya? 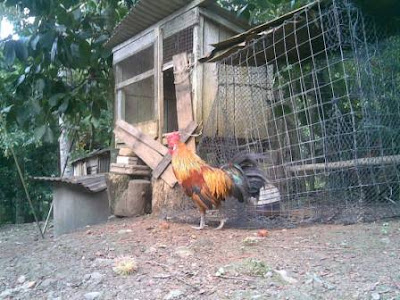 Sometimes I question how can I actually get so scenic picture just by using my phone... Going to the hutan. 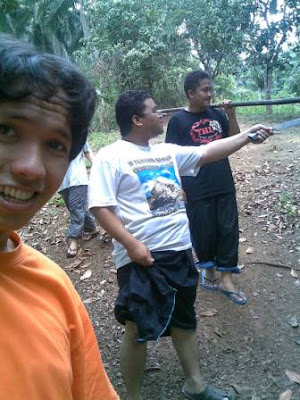 See how Jay dressed to hutan. And see how long my hair has been.. Haha.. I'll keep it till the Pak Guard sound me LOL. 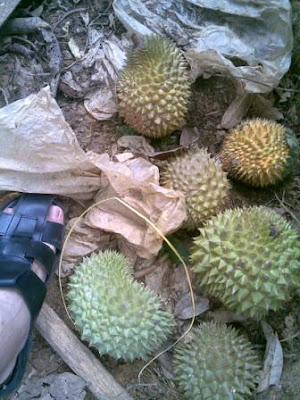 Yummy durians..
Email ThisBlogThis!Share to TwitterShare to FacebookShare to Pinterest
Posted by Unknown at Monday, July 23, 2007

*What we did was nothing but eating, sleeping, going out and sleeping again...*

the pak guard won't sound you lah. not without a free RM50 compound specially for you :p