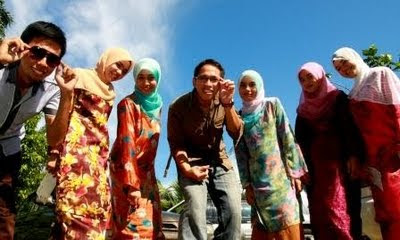 Adoiyai Zaki… Just move on with your career life. No need to think of SCIENCESS anymore.

I believe, if not all, most of the readers of this blog would think like that, aren’t they/you? I respect that but please respect my stand also: I still care about SCIENCESS.

In last Annual Grand Meeting, I promoted few people to hold some posts although I would leave the society in the following year; which meant their appointment in the society would not benefit me that much. In fact, the idea of recommending them was as a guidance for the juniors since not many of them knew the seniors.
This year around, I still promote few people because I think I know their capabilities to hold those posts and bring the society to be better than when I was in the society for 2 years. However, that does not mean that I do not believe in others’ capabilities especially those whom I do not name in this entry.

I name them solely based on my experience knowing, working and dealing with them previously when I was an undergraduate and holding some posts in societal activities in the campus.

For example, Jazli Aziz. He was my subordinate when I held the post of Head Committee of Information and Communication in SCIENCESS 2007/2008. He was a dedicated person who was hardworking and enthusiastic with his work. During IQUEST 2008, I observed his organized yet wholehearted will to finish his job as the Head Committee of Stall Division. He looked very tired throughout the event for reasons he must’s been really proud of. Then he was promoted to be the Secretary General of SCIENCESS 2009/2010. Actually it’s rare for anyone to suddenly jump to be a Mainboard member of a society without experience and thorough knowledge about running the post. But not Jazli. With a little guidance from me (he’s never shy to refer to me as the former Secretary General of SCIENCESS 2008/2009) and mostly his own creativity and ideas to manage the post, from what I’ve been informed, he does his job very well. And yes, if you’re talking about voicing out a lot of great ideas, you are talking about Jazli. However, you might question about his serious facial expression but believe me, dia ni sebenarnya otak tak betul jugak. Haha... That is the only thing that I think would discredit his charm (note: try not to role your eyes) to be elected as a President. Huhu… Need I say about his Aussie blood?

Next, I don’t have to name this guy because most people know that I am very close with him – Danial Efendy. But, please put aside the brotherhood relationship that we have because abang mana yang tak nak promote adik kan? Huhu... Let’s talk professionally. I’ve known him for one year and we started knowing when he was looking for potential exhibitors for his career programme under SCIENCESS and I offered him some assistance and ideas. Thereafter, I observed his accountability to hold post especially related to documentation and writing. Therefore, I appointed him to be my Secretary for the Amazing Explorace programme at which I shared with him some knowledge and thus added experience that he already had about Secretary because he was previously the Secretary in PRESSS back in Center of Foundation Studies (CFS). If I have to share some facts about Danial’s personality, I would firstly mention about his strength in English thanks to his English-spoken family, secondly his ketegasan in his stand and thirdly his passion in finishing tasks given.
Lastly yet coincidently, Danial, Jazli and I, the three of us were very active in being Master of Ceremony (MC) in events until we have to reject some offers because our faces were like everywhere and everytime in events. Kan Jaz dan Danial? Kesian kita bertiga. Kasi la peluang kat orang lain. Huhu...

With the above testimonials and sharing about my experience with the above names, I think the voters have concrete reasons to put an X mark next to their names when they get the voting form. For the rest of posts, I better not talk much because I only talk things that I know. :-)

Happy voting!
Disclaimer: This is an automated entry which is written during last Ramadhan month. The contents might or might not be applicable at the time it is posted.
Email ThisBlogThis!Share to TwitterShare to FacebookShare to Pinterest
Posted by Unknown at Wednesday, September 30, 2009

just a friendly reminder from me. I have many strong evidences to prove my claims. Be careful szakif.

zaki,we know him better than you..=)

But still that does not justify whatever is done in this comment room.

and still I need someone to give me the proof.

damn !! where is my previous comment? u deleted it? that is the evidence that u want,it will prove everything.