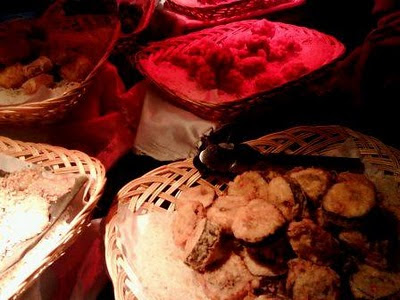 It was an eventful 2009, more ups than the downs. In fact, I tried not to think too much about the downs while I have a lot of ups to make my life cheerful and enjoyable.
I started the year with travelling and I'll go travelling again, farthest for me so far to end the year. I think it's great to spend some of the days with friends travelling around Malaysia because in the coming years, I think it's going to be very hard to have such opportunity again since my status will change to a married man next year. Not to say that it's not going to be fun when I'm married, in fact the fun might be different from that I got from spending time with friends. But yes, life must go on and I choose to get married as soon as I finished my study and get a job so that in everything I do (i.e. ibadah), the rewards are greater when I've found the missing rib bone of mine.
Other than that, in 2009 also I finished my degree study, the convocation, started career life, engagement and a lot more to mention, which have turned me a better man, and not to mention an older me. :D
As I went through the blog entries throughout the year, it made me smile, laugh and up to a point tears tried to conquer the eyes. T_T
It's good to write blogs. Don't you agree?
Email ThisBlogThis!Share to TwitterShare to FacebookShare to Pinterest
Posted by Unknown at Wednesday, December 23, 2009 6 comments 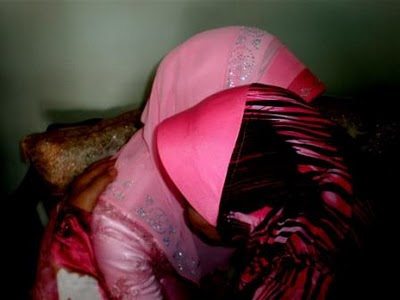 I have to admit, when I'm engaged, what's inside the heart isn't the same like previously. Ok, stop there. No more about what's inside the heart thing to tell to the world. Ngeee :D
The preparation for the big day has started although it's scheduled in May or June next year. There are some renovations made in my house including making the front yard bigger, installing tiles in some parts of the house, and I hope the other bathroom will be repaired too (because it has been for cats sanitation room for years since it doesn't function properly) so that I will not share my bathroom with my brothers anymore when I have my wife in the house. :)
Other than that, there had been a lengthy discussion about the hantaran for the wedding. We hadn't mutually decided the number of hantarans for the big day, but one thing that had been a long discussion between my family and I was about sirih junjung.
I said no for sirih junjung, while my family said it's essential.
My argument was it's no more consumed by people nowadays. In fact, for other sets of hantaran, I want to make sure they can benefit the receiver i.e. my currently fiancée's family and herself too. So, in case of sirih junjung, I think we have other options other than the not-consumed sirih and other recipes in it. Basically, to me, the sirih junjung is a waste. (Not that I did not respect the culture, but culture may change, not religion. We can change the culture, right?)
However, my family said it's a culture in wedding ceremony that needs to be followed. Without it, the ceremony will not be complete (which I had a big problem to agree).
I brought the discussion with my officemates and one of them shared her sibling's story in which they prepared a combination of sirih junjung and chocolate in one set of hantaran. The sirih was more like a decoration, which to me was a good idea. I will tell my family about this.
Not only sirih junjung, but there are a lot of things in our Malay Muslim community that has cultural interventions, not necessarily all, which make simple thing a hard and difficult thing to achieve. When it comes to marriage and the ceremony, stuffs like pelamin, mas kahwin, wang hantaran are among the issues raised and we need to discuss and deal with it. (I have to be grateful to have future family like my fiancée's that stands strong to the religion and not the culture too much.)
On top of it, I will always make sure to my best that I do not break anyone's heart especially my family members and my fiancée's family. Insya Allah...
May Allah bless and ease our efforts towards the big day. Amin...
Email ThisBlogThis!Share to TwitterShare to FacebookShare to Pinterest
Posted by Unknown at Friday, December 18, 2009 11 comments