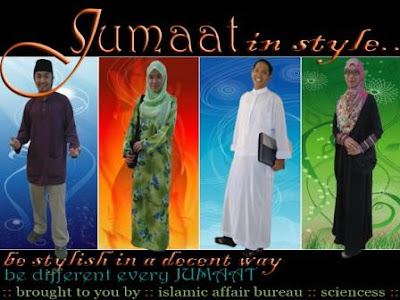 Email ThisBlogThis!Share to TwitterShare to FacebookShare to Pinterest
Posted by Unknown at Tuesday, January 29, 2008 7 comments 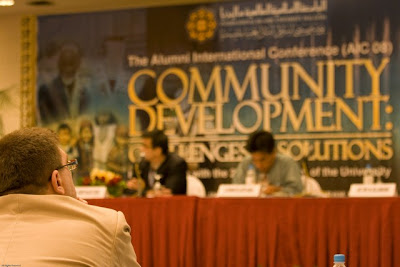 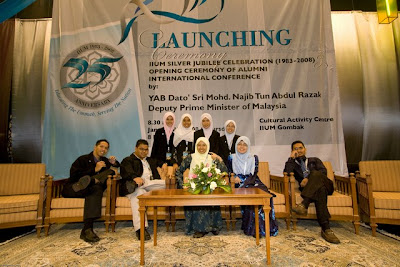 The students from KOS and KOP (i mean Kulliyyah of Pharmacy) representing their respective kulliyyah. 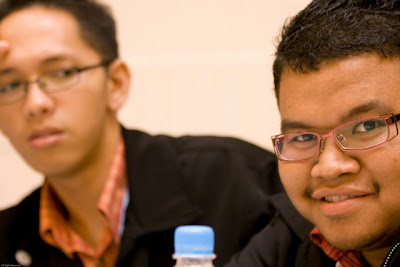 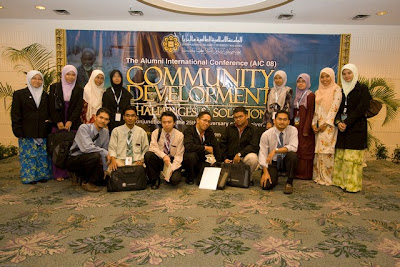 These people include students from Kulliyyah of Nursing. The great and talented photographer is the one sitting, left most. Thank you Azri for the great pictures! 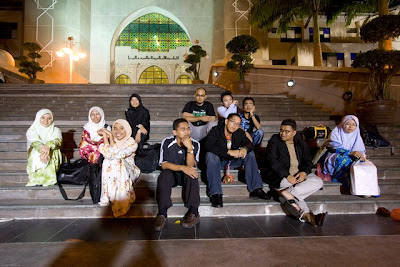 Suddenly we got stuck at IIUM Gombak because the bus broke, resulting us to sleep at the mosque for a night before moving back to Kuantan by ourselves (poor Transportation Unit i suppose). But life must go on! Haha~

Credit to Azri for the pictures. TQ!

*didn't I say I'm busy? Yes, I am. I wish I could write more than just captions for the pictures.
Email ThisBlogThis!Share to TwitterShare to FacebookShare to Pinterest
Posted by Unknown at Wednesday, January 23, 2008 6 comments 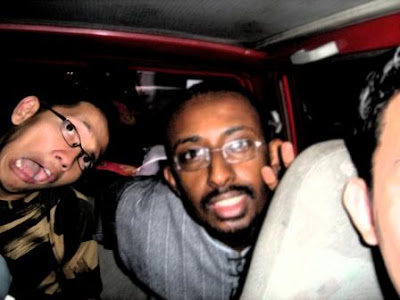 Entry: Later when I am out of the busy atmosphere (which I myself do not know when it'll be)...
Email ThisBlogThis!Share to TwitterShare to FacebookShare to Pinterest
Posted by Unknown at Thursday, January 17, 2008 3 comments

What makes information a secret? What turns something that you know to be kept as secret? Is there really such a thing called “secret”?

Up to an extent, there is. But it is no more a secret when more than an adequate number of people know that so-called secret. So, what is exactly that adequate? There is no clear boundary depending on the context and trustfulness of the people involved.

What if when someone starts his secretly conversation with, “Don’t tell anyone this, it’s a secret.”

What if when someone starts his furtive conversation with “This is actually a secret but don’t tell anyone ya?”

What if when someone starts his surreptitious conversation with, “I know you’ve known this already so that I just want a confirmation…”

Keeping secret and telling secret are two definite different things. But they could precede each other according to situation. When someone sees or observes by himself a secret, he has responsibility to either to keep it or to spread it. When someone has had a secret already, like about himself, he can either keep it to himself or tell others.

But the question now is how good we are in keeping secret? For some reasons, something is considered a secret and that needs a full responsibility for the people or person who knows it to keep it from other’s knowledge.

So when we have secret, either about ourselves or about other than ourselves, to whom should we tell the secret? Why must tell anybody when it is obviously a secret? Keep it!

In my case, I have been dealing with so many types of people that have different ways of “keeping” secret. And I have identified few people whom I could not trust their liability in keeping secrets just simply because they told me so many secrets about other people. Hence, I make an inference; what if they hold secret about me? Questionable.

People with so many secrets in their mind should play this integral responsibility – keep it! You have to know the edge and the limit to which other people should know about something you consider a secret. I tell you, it’s not easy.

So if you can’t do it, simply don’t get to know about the secret. Or simply forget it and ignore it like you never heard about it. If still you cannot, you should be really careful with the words from your mouth. Never initiate or stimulate yourselves to talk about the secret. If you do, you won’t realize you’ve opened a channel for a secret to be revealed. And most people are really excited when the channel is directing to the whole story of the secret and they want to know more and more!

In short, secret must remain a secret. We hold a huge responsibility once we get involve in a secret. Keep it!

Email ThisBlogThis!Share to TwitterShare to FacebookShare to Pinterest
Posted by Unknown at Wednesday, January 09, 2008 3 comments