I am Now a Research Executive 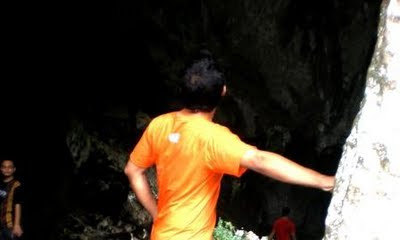 On 3rd August 2009, I stepped my feet into Yayasan Ilmuwan, not as a part timer anymore but as a permanent worker - a Research Executive.

And today I've completed the first week of the job with calm. It's calm because there's not much to do yet since the other 2 Research Executives are still on their ways.

I've never expected I would work in this field since my focus initially was to be an academician, spreading knowledge through lectures and classes to the students. But now, I think I can share and spread knowledge also but not through classes but through reading and writing to a wider spectrum of readers.

It had been my passion to write since I was a child and that explains a lot why I write blogs. During primary school, I wrote stories. During lower secondary school, I joined Sidang Redaksi Sekolah which prepared magazine for the school. I even won a place in a writing competition organized by Selangor state government. During upper secondary school, I didn't write very much and it longed until I entered Degree level back when I was in first year in Gombak at which I started blogging. It was there and then that I continued writing until today. Not to mention, during studying in Kuantan campus I got involve in societies and activities that required me to write proposals, reports and such.

And now I'm working with something that needs me to read and write and I am so grateful with it.

I pray this job to be the best for myself and for my future.

Note: You might want to know what I do actually as a Research Executive, aren't you? Yes, I write, but what do I write about? I save that for later. Hehe...

Appreciation: It's very rude of me if I don't thank my boss. Thanks Abang Shaikh! :)
Email ThisBlogThis!Share to TwitterShare to FacebookShare to Pinterest
Posted by Unknown at Friday, August 07, 2009

thanks again and again :D

congratz! I am a researcher. We are in the same position :)