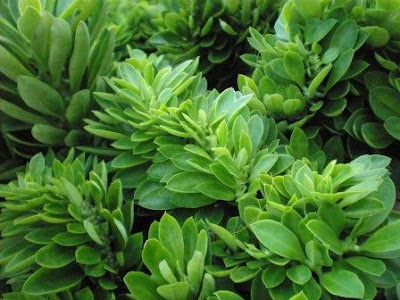 I have been tagged by two blog members about same thing – 8 random facts about me. Thanks to Dinie and Kak Izyan for humbly tagging me. Huhu... But mind you people, what you are about to read are random facts about me and they are genuinely true! And please think it positively because I can’t deny, and nobody can in fact the fact that I am only human being with many faults and mistakes and of course sins. Haha… did I make this sound so serious? :p

2. I am easily annoyed by smoker. Ok, to be more specific, to the smoke from the smokers. It can directly affect my mood just right after I smell the smoke, especially when I’m taking my meals because I cannot move from the site right on the spot to avoid from the dangerous smoke. So for smokers, for not inducing temporary hatred from me, avoid your smoke from me ok. I don’t want to be secondary smoker and then get indirect but worse health effect from the toxic smoke that you inhale!

3. I think I am not as soft as what I used to be once upon a time. I think I have changed, improved. I don’t know how people see me, but from my personal view, I think I have reduced the softness in me – the way I speak, the way I walk, the way I think, the way I show myself. Maybe you don’t have any idea how soft I was – it was up to a point where people ask "is that a boy or a girl?" But dear people; don’t simply judge and condemn the softies. They need your guidance to change, to be like you, to be normal. They are challenged by Allah with their own way.

4. I can’t avoid from loving to cook! Haha... the gene is in me. My mother owns a coffee house. My mother’s siblings are all excellent in cooking. They either own their own coffee house, or work in restaurant as cook. More about cooking, to me preparing Malay’s cookeries is comparatively harder than cooking Western’s. That’s why I cook Western foods more frequently than traditional ones. Although I sometimes do watch football matches, i watch Chef Wan's show more than it. Huhu...

5. Before I sleep, the most common thing that I do is checking the SMS inbox. I just want to make sure my short term mission and tasks of the day have been successfully done. If in case I haven’t finished anything, I couldn’t get to sleep, or if I could it’ll be not easy for me to sleep or I will have nightmare. Huhu...

6. I don’t have any sister siblings and that reflect how I interact and understand women of about my age. It’s true that I have my mother to learn and observe about women but she’s not a good example for me to learn about communicating with emotional women. My mother is very good in dealing with her own emotion, and I should say that she is always emotionally stable. She’s not emotionally stable when watching sad Malay TV drama only. Huhu...

7. I have grey hair. They’ve grown since I was at early of secondary school. My parents said I inherit it from my mother’s descendant. That means the gene is in me, so I can’t help it. Hu~ However, I could see the grey hair is decreasing in frequency as compared to when I was in secondary school. I once dyed it with black dye but when I know it’s haram and physically unhealthy, I stopped using it. Owh, and more about my hair, I once did rebonding when I was in matric but that didn’t make me any more handsome, but more beautiful. Haha... you know what I mean...

8. I love adventurous activities like climbing mountains, flying fox, and etc very much, but what makes the reach to them is stopped is my parents' blessing. Usually if they know I want to get involve in such activities, they won't allow me to participate. Hm~ But I know that they are just worry if anything bad happens to me so that they don't want any harms to befallen on me. So that's why la~

If you can see, most of the facts are about my weaknesses. I take this tag as something to reflect who I am and who I was. This entry is more about to remind me about myself. Thank you for tagging me, but no more tagging ya? Huhu...
Email ThisBlogThis!Share to TwitterShare to FacebookShare to Pinterest
Posted by Unknown at Thursday, May 22, 2008

You had REBONDING before???
WAHHH.
Hebat!
I myself never shelled out hundreds of ringgit to get my hair 'rebonded' silky straight.
Hehe.
Kudos for having the guts to do what you did.

hehe dinie.. that time i was foolish.. i admit that ;p

I admit that U've a drastic change. Btw, I never saw your condition before :) And If you said that you've changed, I admit it.huhu.