I Think I'm Afraid to Take Pics with Girls 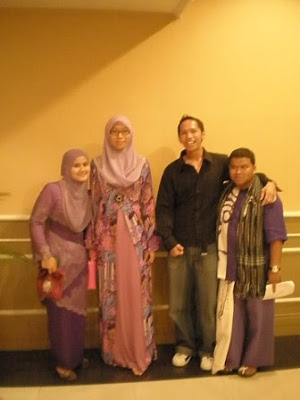 Just imagine the other 2 friends of ours are not in the picture. Huhu~ 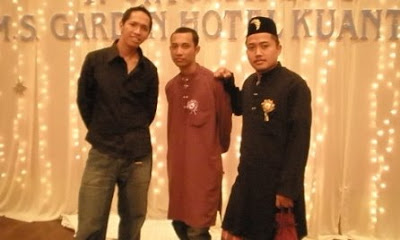 First time I saw this picture, I talked to myself: Aku ni kurus macam tu ke?
By the way, we strongly do not believe the taboo saying capturing pictures of 3 persons in one would cause something bad to happen to any of those 3 in the picture. Titik. 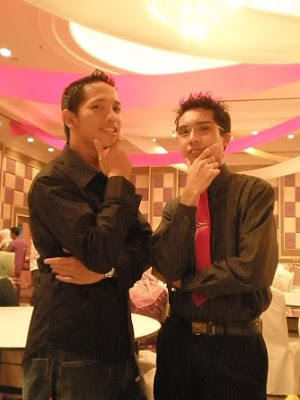 Hey Danial, you asked me to bring you shopping because you were to find new shirt for the dinner, but it ended up me buying a shirt, not you. Huhu~ 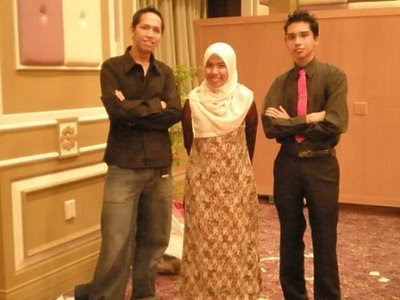 Now you know who can take place as the MCs for SCIENCESS programmes. These are the candidates: Princess Molly and Danial Goon. You guys did well that night! 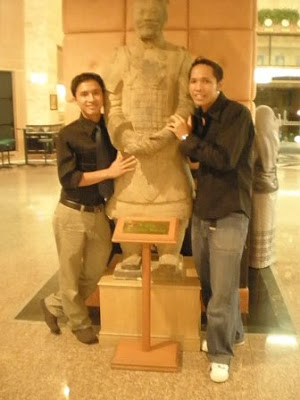 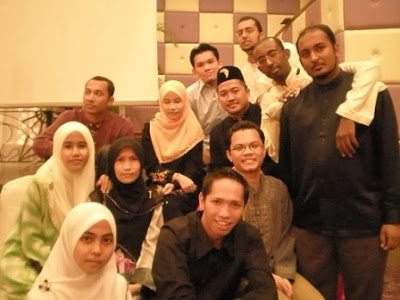 People said usually when you take picture with an artist or celebrity, he or she will be at the center and at the front. Aite? 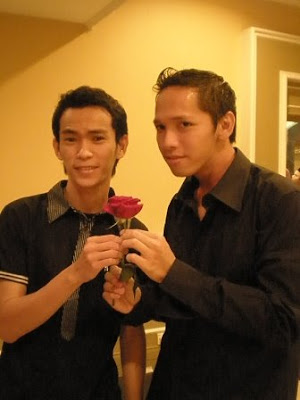 Think that he is a pretty girl. Didn't I say I'm afriad to take pictures with girls now? :p 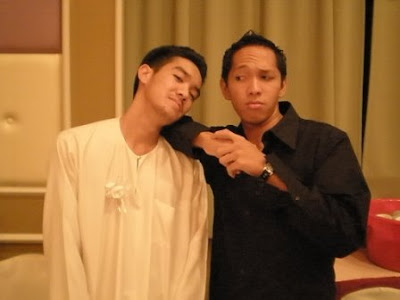 I know you needed a pillow because you were so tired... but not on my arm?
It wasn't my first time seeing him with that kind of face because last time during IQUEST, he had that face right throughout the 3 nights. Alolo ciann... 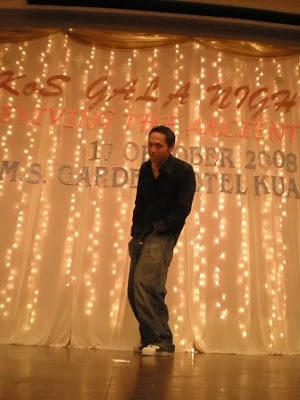 ...because couple taking picture together was not allowed. Huhu~ So I captured many pictures with guys la then. Susah btol!

Didn't I say most of my shirts are short? [link]

Email ThisBlogThis!Share to TwitterShare to FacebookShare to Pinterest
Posted by Unknown at Saturday, October 18, 2008

Anonymous said...
This comment has been removed by the author.
10:44 AM

"People said usually when you take picture with an artist or celebrity, he or she will be at the center and at the front. Aite?"-STBB
haha~

Anonymous said...
This comment has been removed by the author.
6:42 PM

i once made up that kind of backdrop kat Al malik Faisal Hall (AMF is u still remember), it was great bile dah siap :) letak lampu2 blakang kain :D

hey you both did well that nite. pasni bleh a jadi MC lagi :D

"People said usually when you take picture with an artist or celebrity, he or she will be at the center and at the front. Aite?"

ths is off topic.

you should come and judge it by yourself rather than listening from other's opinions. that'll be better.