The Application was not Successful 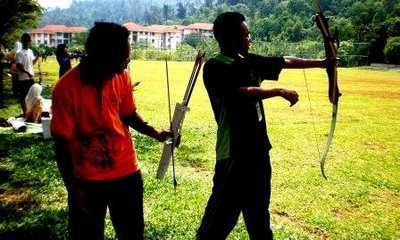 I applied for Master of Science in Pharmacology at Kulliyyah of Pharmacy, IIUM for the July intake. I checked from the Center for Postgraduate Studies (CPS) about the application but it was not successful. Since I haven't got the full transcript because my current status as a student of IIUM is still not GR (GR student means he/she has graduated), the application has been brought to November intake, which I can't wait for.

However, I have another option which would turn my life into something I previously have not thought of. But to choose which one is the best for me and my family, I have to discuss with my parents. Ok, told be truth, I have made the decision but I am yet to get their blessing (read: redha) since I know my parents usually will leave it all to me to decide.

To make this decision, I know I would hurt some people's heart since I have put hope in them. But considering from the biggest until the smallest things, I think that would be the best for me and my family. I know this sounds selfish, but my family is my utmost priority. Thanks also to whom it may concern for being understanding. We plan our way now and we'll find the intersection at which we'll drive to the same direction one day insha Allah.

Apart from that, about the GR status, I would like to suggest to the student organizations namely SRC, SCIENCESS and BiomedSS to do something about it. Since our GR status is delayed, we can't get the full transcript thus it's and it'll be difficult to apply for jobs since most organizations including the government sector need the full transcript for job and post-graduate applications. In my case itself, my application to do Master as soon as possible was not successful although I am myself from the same university. This could be the reason for making the decision which I'll announce when I've discussed with my parents.

For now, I can only pray that this is the best decision and the best for my future. Amin...
Email ThisBlogThis!Share to TwitterShare to FacebookShare to Pinterest
Posted by Unknown at Friday, July 03, 2009

It's for your own sake.
Sometimes we need to be selfish if it is about our future.
Other people don't determine our future.
The future is in our own hands and with the will of Allah.
So, all the best, ok?
(^_^)

allo zaki..
hehehhe..
cmni la...
somethings happen ade hikmah die..
one road that has been closed will lead to an open one..
jd sabar la yer..

zaki sila post ini ke iium bloggers
this is a BIG thing u know for people after this to take action..
kan..
change is a must

btw, i was touched with this

"We plan our way now and we'll find the intersection at which we'll drive to the same direction one day insha Allah."

Allah has destined our destiny, may the best be with ya, ameen

sabar bro. chill k. everything happens for a reason.

me myself, after submitted my thesis on may, just got the marks by the end of sem 3. hate it when lecturers delayed the grading process.