One Thing that I've Never Missed but will Miss 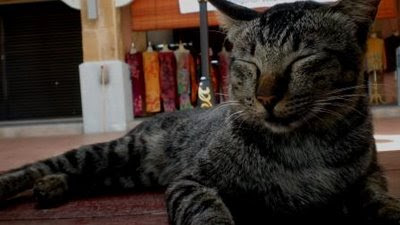 Since the move to IIUM Kuantan campus, I've never missed a chance to talk to the juniors about biomedical science and its prospect during Gathering of Science Students (GASS) and in a few other events. To my knowledge, this semester's GASS should be the ninth one, am I correct Mr. Secretary General? :)

But to put myself into reality, I cannot do it anymore since I am no more in Kuantan. Hey Zaki, sila sedar anda sudah bergraduat! :P

However, in last GASS I saw Jazli did a great job where he used his wide knowledge and experience, and not to mention his fluency to amaze the juniors when he talked about biomedical science. Way to go, bro!

There's one thing that makes me scared - if I can't be an example of a great biomedical science graduate. Maybe the word great is way too much, but you know what I mean right?

I've been vocal to describe biomedical science as this and that during the series of GASS, so now I've graduated, what example can I show to the juniors?

Not that I regret of being vocal, but I'll regret if I cannot be an example.

Also, not that I kesah sangat with what people would think of me if I don't become an example, but I would be very kesah if I don't force myself to be an example.

Also again, not that I'm saying that I am the only one example the juniors would look at, but all I'm saying is that I want to be a good example for my juniors no matter they all kesah ke tak :P

So, this is a challenge for me to be the example. That's my motivation to push myself to do something I will be proud of.

You may say this is a put-yourself-into-a-basket-and-lift-it entry, but ada aku kesah?
Email ThisBlogThis!Share to TwitterShare to FacebookShare to Pinterest
Posted by Unknown at Monday, July 20, 2009

just so u know la. since the day that i've become 'attached' to u (aku tak igt da camne aku bley rapat ngn ko huahua) thats when i started to admire u. honestly speaking, of all seniors that i've known, u r the best example for all juniors, for me at least. u always approach us warmly n u listen to our problems and u give advices whn we ask some. i mean, i've 'poured' my heart out to some seniors before i knew u but they nvr provide me with guidances that i needed, thy r seemed to b more interested in getting to know /cute/attractive juniors, have fun n fooling around, from my observation that is. but with u, its all the brotherly love that works. n most of all, u nvr care wat others think of u n u do things which u think that is right. wats more, u never were n are to 'ego' to take advices from juniors like me n danny.

so yeah. u've set a good example for me and danny, that much i know. even though im not in the bio field anymore but ur existance as my 2nd bro is engraved within me still. :)