A Week of Unofficial Holiday 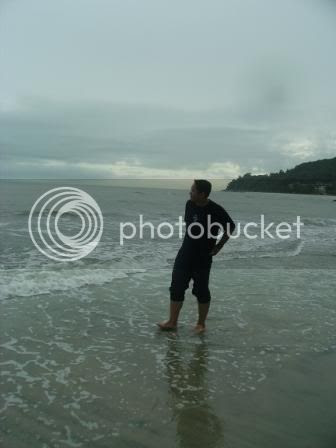 Yes, it was an unofficial holiday last week because the administration wasn’t done with the schedule for the semester. While some of KOS students spent their time back home like Kak Arshana, or at friend’s home like Asmawi and Safwan who went to Jay’s home, I can only stay here because I wanted to do some research on how to build portal website.

Actually I’ve been appointed as HeadComm of Information and Communication Bureau of SCIENCESS because the previous person had to resign due to personal problem and he recommended me to replace him and the President accepted it. In a way, I was quite skeptical and rasa tak sedap hati because the rest of the members of the board were selected by vote, while I took this job after being promoted, not voted. But when I blew out this to someone, he told me this – as long as you do your job, people will be happy with you.

Well, I accept that and that’s it. No more skepticism and and rasa tak sedap hati. It’s time to do my job. Among my job scopes are: to serve any welfare related matters involving KOS students, to establish bulletin weekly, to build SCIENCESS’s blog and SCIENCESS’s portal website.

I found that it’s not easy to build the portal. I’ve read the tutorial and many things have to be installed and the installation is not as easy as installing software in the computer. There are many pre-installation things to do, registration here and there, argh! Adlan cepat ajar aku!!! As an alternative I’ve asked few friends if they know anybody who’s good in establishing portal web and this is still in progress.

Besides doing research, I spent my days watching movies, indoor-ly. Haha... the loan hasn’t been banked-in in my account so I can’t spend (to waste actually) my money so much to watch the Cicakman and Cinta which are now hot in the cinema. Besides, I have lots of movies saved in my hard disk that I got from friends. Pergh... it’s been a week and I haven’t done watching them all!

Last Friday Asmawi and Safwan returned from Jay’s home, bringing lots of buah salak and buah ciku. Eating them, sure but that’s not my point here. The buah salak has big seeds and Asmawi was creative to make them as batu seremban! The joy and laughter during playing it really made our day. I didn’t play (tangan pengkor kata orang jawa) so well although I used to play this traditional game during child-age. It’s among the topics discussed when we played and Asmawi was quite impressed to know that there’s another game similar to it with only 5 batu’s and it’s stricter and complicated than batu 7. Since it’s traditional game and is not standardized thus every people have their own rules and method, but the name is still called batu seremban. There’s nothing weird when boys play batu seremban right? 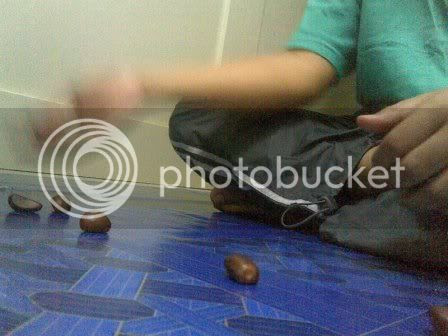 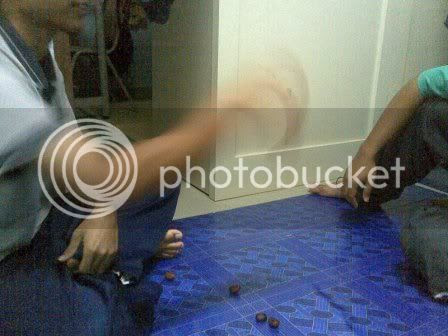 Look at their hands. They are so fast...

And the most enjoyable activity we did last week was visiting Teluk Cempedak, which is located about 20 km from the campus. I used to visit rivers with full of gigantic rocks, but not on the beach. Teluk Cempedak has them a lot! And I used to throwing my sight to the sea facing Selat Melaka, but not sea facing Laut China Selatan. So, “Jauh Perjalanan, Luas Pemandangan” is practically meaningful here. The scenery of Teluk Cempedak is breath-taking and scenic, provided that I overlook the rubbish scattered almost everywhere surrounding the huts. Fortunately I didn’t found any condoms because this place is allegedly popular with couples doing sinful activities – you know what right? 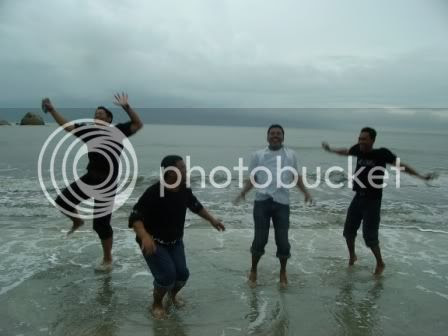 Trying to be cliche - jump and capture tapi tak jadi. 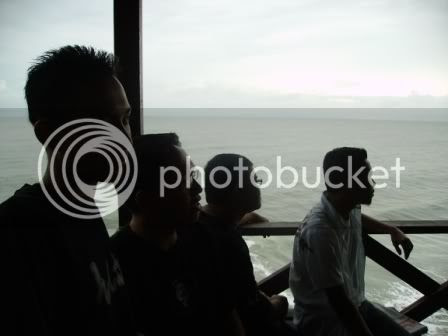 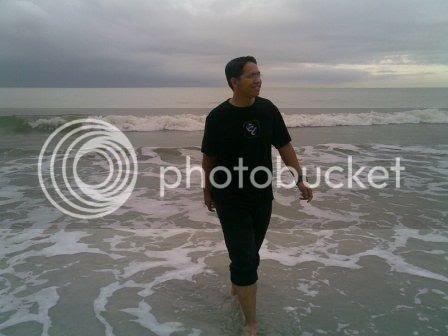 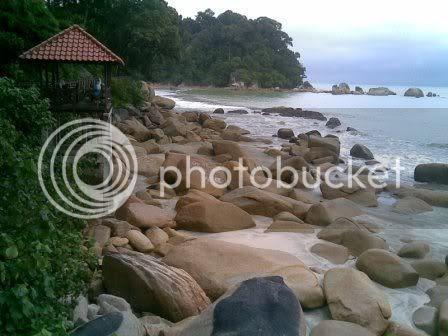 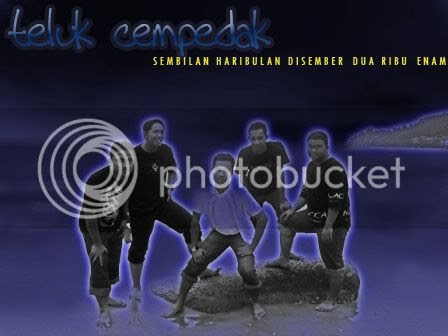 Email ThisBlogThis!Share to TwitterShare to FacebookShare to Pinterest
Posted by Unknown at Tuesday, December 12, 2006

do you still need help to do that portal web thing? I know one or two people who may be of an assistance to you..

YOUR KIND CO-OPERATION IS HIGHLY APPRECIATED.

and if you've found 1 person who can do that for you, its fine. for a simple portal.. try forum nye style..